10.2 Panel Data with Two Time Periods: “Before and After” Comparisons 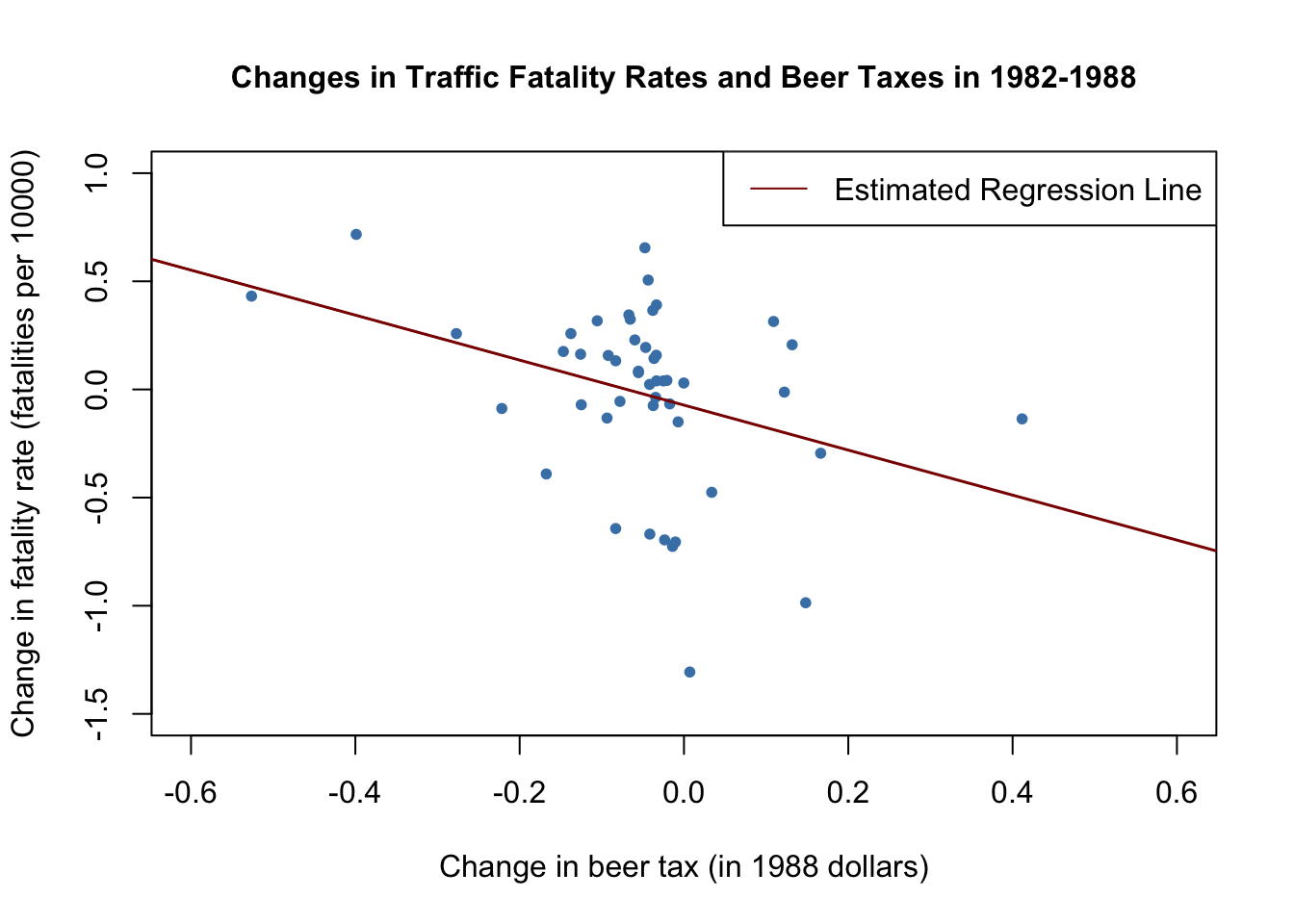 The estimated coefficient on beer tax is now negative and significantly different from zero at \(5\%\). Its interpretation is that raising the beer tax by \(\$1\) causes traffic fatalities to decrease by \(1.04\) per \(10000\) people. This is rather large as the average fatality rate is approximately \(2\) persons per \(10000\) people.

Once more this outcome is likely to be a consequence of omitting factors in the single-year regression that influence the fatality rate and are correlated with the beer tax and change over time. The message is that we need to be more careful and control for such factors before drawing conclusions about the effect of a raise in beer taxes.

The approach presented in this section discards information for years \(1983\) to \(1987\). A method that allows to use data for more than \(T=2\) time periods and enables us to add control variables is the fixed effects regression approach.