When estimating regression models, we know that the results of the estimation procedure are random. However, when using unbiased estimators, at least on average, we estimate the true parameter. When comparing different unbiased estimators, it is therefore interesting to know which one has the highest precision: being aware that the likelihood of estimating the exact value of the parameter of interest is \(0\) in an empirical application, we want to make sure that the likelihood of obtaining an estimate very close to the true value is as high as possible. This means we want to use the estimator with the lowest variance of all unbiased estimators, provided we care about unbiasedness. The Gauss-Markov theorem states that, in the class of conditionally unbiased linear estimators, the OLS estimator has this property under certain conditions.

Suppose that the assumptions made in Key Concept 4.3 hold and that the errors are homoskedastic. The OLS estimator is the best (in the sense of smallest variance) linear conditionally unbiased estimator (BLUE) in this setting.

Let us have a closer look at what this means:

Consider the case of a regression of \(Y_i,\dots,Y_n\) only on a constant. Here, the \(Y_i\) are assumed to be a random sample from a population with mean \(\mu\) and variance \(\sigma^2\). The OLS estimator in this model is simply the sample mean, see Chapter 3.2.

Clearly, each observation is weighted by 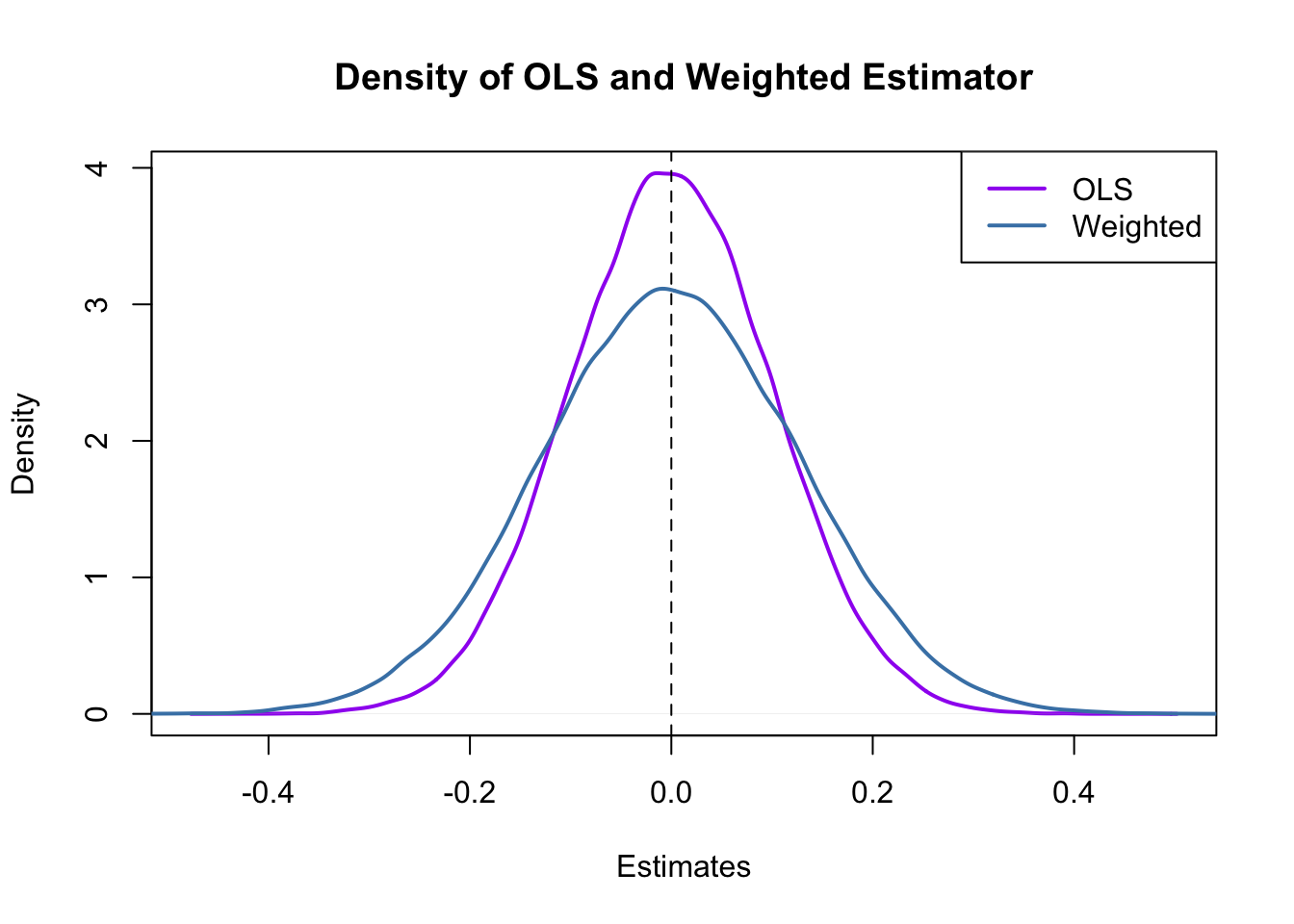 What conclusion can we draw from the result?