3.1 Estimation of the Population Mean

Think of some economic variable, for example hourly earnings of college graduates, denoted by \(Y\). Suppose we are interested in \(\mu_Y\) the mean of \(Y\). In order to exactly calculate \(\mu_Y\) we would have to interview every working graduate in the economy. We simply cannot do this due to time and cost constraints. However, we can draw a random sample of \(n\) i.i.d. observations \(Y_1, \dots, Y_n\) and estimate \(\mu_Y\) using one of the simplest estimators in the sense of Key Concept 3.1 one can think of, that is,

which is not too unreasonable as hourly income is non-negative and we expect many hourly earnings to be in a range of \(5€\,\) to \(15€\). Moreover, it is common for income distributions to be skewed to the right — a property of the \(\chi^2_{12}\) distribution. 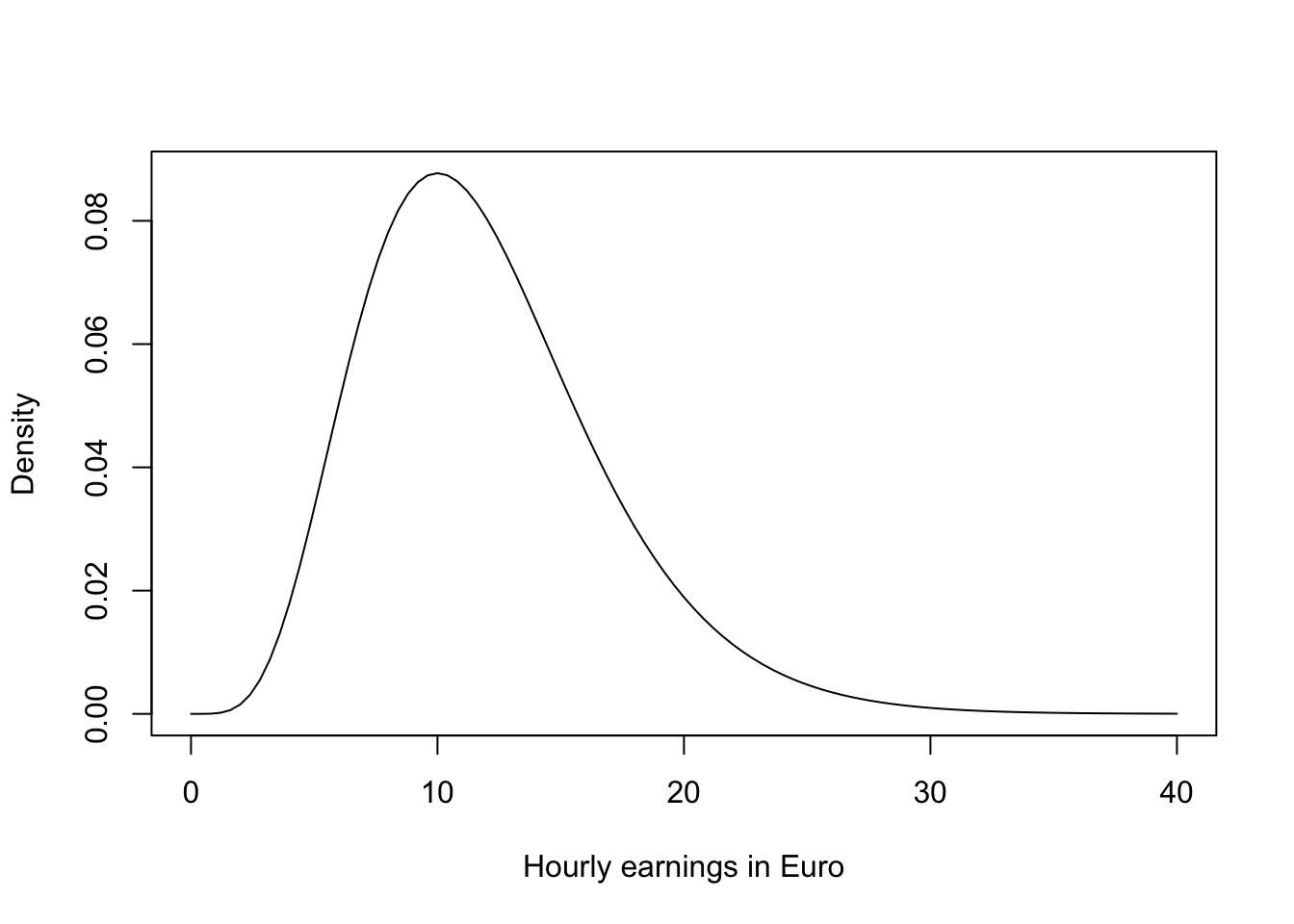 The estimate \(8.26\) is not too far away from \(\mu_Y = 12\) but it is somewhat intuitive that we could do better: the estimator \(Y_1\) discards a lot of information and its variance is the population variance:

This brings us to the following question: What is a good estimator of an unknown parameter in the first place? This question is tackled in Key Concepts 3.2 and 3.3.

Desirable characteristics of an estimator include unbiasedness, consistency and efficiency.

We want the uncertainty of the estimator \(\mu_Y\) to decrease as the number of observations in the sample grows. More precisely, we want the probability that the estimate \(\hat\mu_Y\) falls within a small interval around the true value \(\mu_Y\) to get increasingly closer to \(1\) as \(n\) grows. We write this as

We want the estimator to be efficient. Suppose we have two estimators, \(\hat\mu_Y\) and \(\overset{\sim}{\mu}_Y\) and for some given sample size \(n\) it holds that

We then prefer to use \(\hat\mu_Y\) as it has a lower variance than \(\overset{\sim}{\mu}_Y\), meaning that \(\hat\mu_Y\) is more efficient in using the information provided by the observations in the sample.