6.5 The Distribution of the OLS Estimators in Multiple Regression

As in simple linear regression, different samples will produce different values of the OLS estimators in the multiple regression model. Again, this variation leads to uncertainty of those estimators which we seek to describe using their sampling distribution(s). In short, if the assumption made in Key Concept 6.4 hold, the large sample distribution of \(\hat\beta_0,\hat\beta_1,\dots,\hat\beta_k\) is multivariate normal such that the individual estimators themselves are also normally distributed. Key Concept 6.5 summarizes the corresponding statements made in Chapter 6.6 of the book. A more technical derivation of these results can be found in Chapter 18 of the book.

If the least squares assumptions in the multiple regression model (see Key Concept 6.4) hold, then, in large samples, the OLS estimators \(\hat\beta_0,\hat\beta_1,\dots,\hat\beta_k\) are jointly normally distributed. We also say that their joint distribution is multivariate normal. Further, each \(\hat\beta_j\) is distributed as \(\mathcal{N}(\beta_j,\sigma_{\beta_j}^2)\).

How can we use R to get an idea of what the joint PDF of the coefficient estimators in multiple regression model looks like? When estimating a model on some data, we end up with a set of point estimates that do not reveal much information on the joint density of the estimators. However, with a large number of estimations using repeatedly randomly sampled data from the same population we can generate a large set of point estimates that allows us to plot an estimate of the joint density function.

The approach we will use to do this in R is a follows: 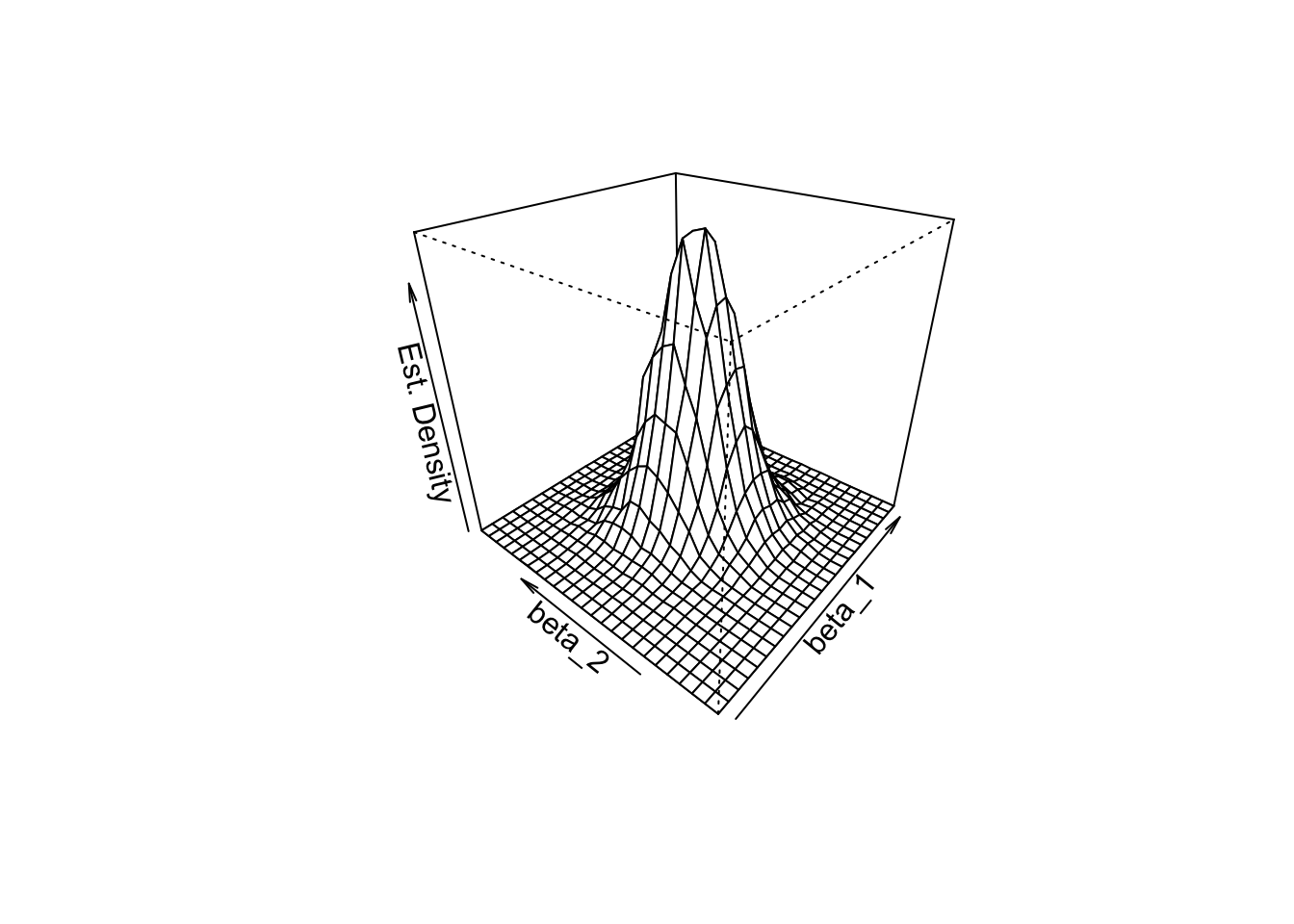 From the plot above we can see that the density estimate has some similarity to a bivariate normal distribution (see Chapter 2) though it is not very pretty and probably a little rough. Furthermore, there is a correlation between the estimates such that \(\rho\neq0\) in (2.1). Also, the distribution’s shape deviates from the symmetric bell shape of the bivariate standard normal distribution and has an elliptical surface area instead.